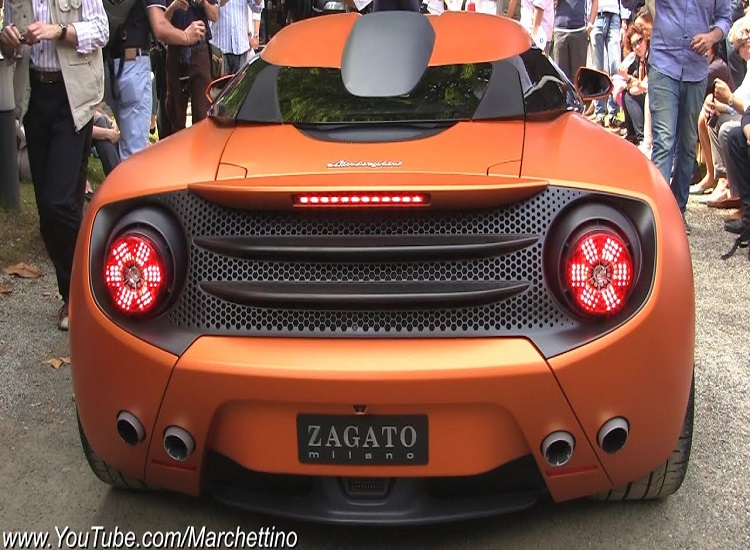 The car was built by special order and released in a single copy. Of course, the cost of a handmade supercar is kept secret.

This year, the famous Zagato bodywork studio will celebrate its 95th anniversary. The company decided to celebrate such an event with the release of the Lamborghini 5-95 supercar, which was presented at the annual festival on Lake Como Concorso d’Eleganza Villa d’Este. The basis of the exclusive novelty is a coupe-like the Lamborghini Gallardo LP570-4 .tuning-lamborghini-Gallardo

Lamborghini Gallardo tuning
Something in the design of the Lamborghini 5-95 resembles another car built by the Zagato studio – the Spyker C12 concept, which was shown in 2007. As always, Zagato thoroughly approached their business: to recognize a donor in 5-94 is very difficult. All body lines have become smoother. There are no images of the interior, however, as those who managed to look into the salon said, there are almost no differences from the usual Gallardo. And here in vain. In our opinion, it just needs to be improved more than appearance. However, the customer, most likely, is happy with everything.lamborghini-raptor

Lamborghini 5-95
This is not the first time the Zagato body shop has run into Lamborghini models. Probably the most famous joint project was the Raptor show car, which was shown in 1996 at the Geneva Motor Show.

But technically, the Lamborghini 5-95 is no different from the usual Gallardo. Under the hood, that 5.2-liter V10 engine with a return of 570 horsepower and 540 Nm. Judging by the declared dynamic characteristics, the novelty did not put on weight, therefore it also accelerates to “hundreds” in 3.4 seconds. The maximum speed has not changed – the same 320 km / h. After the presentation, Lamborghini 5-95 went to its owner, who is the famous private collector Albert Spiess.

Things You Must Know About Car AC Repairs

How to Buy a Good Car Stereo System

There are Auto Repair Services