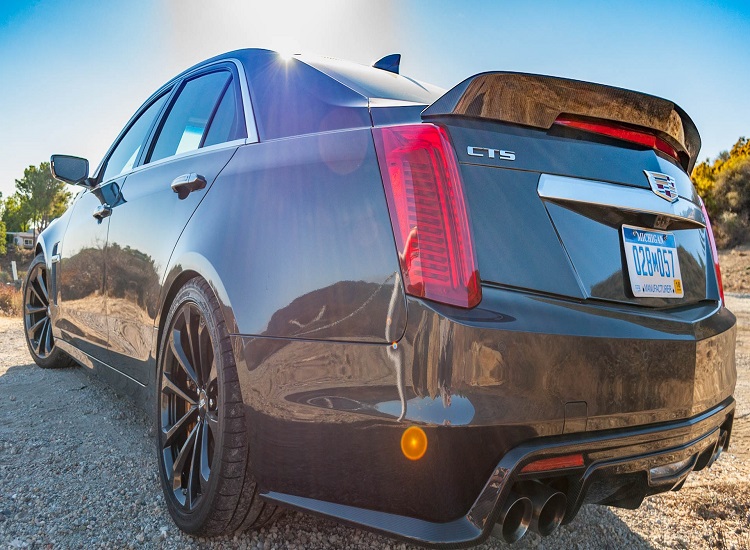 Immediately after the update of the Cadillac ATS, the Americans began to update another model – the CTS, which also received a new logo.

After the first photos appeared, the automaker Cadillac decided to declassify the appearance and characteristics of the updated CTS. As expected, most of the changes affected the front part, and adjustments were also made to the decor elements and equipment list. But the engine lineup, consisting of three powertrains: the 2.0-liter 276-horsepower Turbo, the 3.6-liter 325-horsepower V6, and the 3.6-liter 426-horsepower Twin-Turbo V6 remained the same. Note that the Cadillac ATS has the same 2.0-liter turbo engine, which finally raised torque to 400 Nm (the same as the ATS sedan).interior-Cadillac-cts-2015

Inside, the Cadillac CTS is much more change than the outside, while they are not so noticeable. This is the new wireless charging for Cadillac DockSpot mobile devices and the improved Cadillac CUE multimedia system with a built-in Wi-Fi access point, OnStar 4G LTE Internet access and SMS notification. Also, the self-parking operator can now park the car perpendicularly. From now on, more finishing materials and their colors will be available. In total, eight versions will be offered, including natural wood, carbon fiber, aluminum, and semi-aniline leather.cadillac-cts-2015. The Driver Awareness package from now on includes a rain sensor, a lane movement system and a warning system for leaving it.

Other changes will be noticed only by fans. The radiator grille, chrome-plated as standard, will be black in the Vsport version. But the Vsport version does not have active air dampers, which are the standard for other modifications. As options will offer exterior polished aluminum door handles with backlight. Halogen floodlights are installed as standard, and adaptive xenon headlights are optionally available. In conclusion, two new exterior colors were added – Crystal White Tricoat and Dark Adriatic Blue Metallic, which increased the total number of colors to ten.