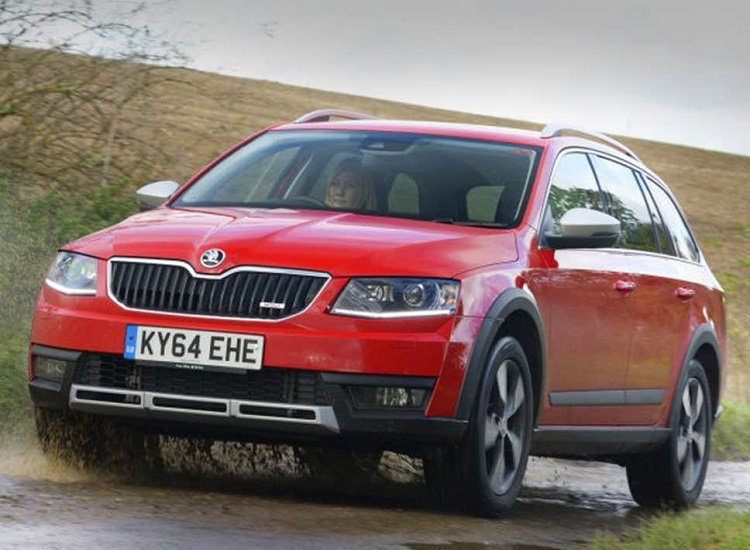 The ground clearance of the Skoda Octavia Scout is 171 millimeters, which is 31 millimeters more than a conventional station wagon. The angles of exit and entry are 13.8 and 16.7 degrees. Standard tires in the dimension 220/50 R17.

The next-generation Skoda Octavia Scout all-terrain wagon was first shown at the Geneva Motor Show in March. However, then the automaker hid some details. The Czechs recently said that the Octavia Scout will receive a completely new powertrain, which there are no other models of the brand. This combination consists of a 2.0-liter 184-horsepower TDI diesel engine, a six-speed DSG “robot” and four-wheel drive. Two other engines will also be offered – a 2.0-liter 150-horsepower diesel engine docked with six-speed “mechanics” and a 1.8-liter 180-horsepower TSI engine paired with a six-speed “robot” DSG.octavia-scout- 2014

Both versions of the 2.0-liter turbodiesel consume an average of 5.1 liters / 100 kilometers, while the gasoline Skoda Octavia Scout consumes 6.9 liters / 100 kilometers. All modifications are equipped with Start / Stop systems, energy recovery during braking and meet Euro-6 standards.interior-new-Octavia-scout. For increased Octavia Scout patency are responsible for the electronic imitation of the EDL cross-axle differential lock, Haldex- 5 clutch on the rear axle, as well as a stabilization system with two modes. In addition, the station wagon is equipped with sign recognition systems, automatic braking and row control, adaptive cruise control and nine airbags.skoda-Octavia-scout

The new Skoda Octavia Scout is capable of towing a trailer weighing 2,000 kilograms.

Since the appearance of the first Skoda Octavia Scout (2007), 53,600 copies of the model have been sold, which is almost 8% of all modifications of the Octavia model. The model will appear on the European market in August, and sales in Russia will begin after the presentation at the Moscow Motor Show. Prices, as well as a range of engines for the domestic market, have not yet been determined. In the meantime, you can take a look at the equally practical Skoda Rapid Spaceback models and the Octavia Combi and Superb Combi station wagons.