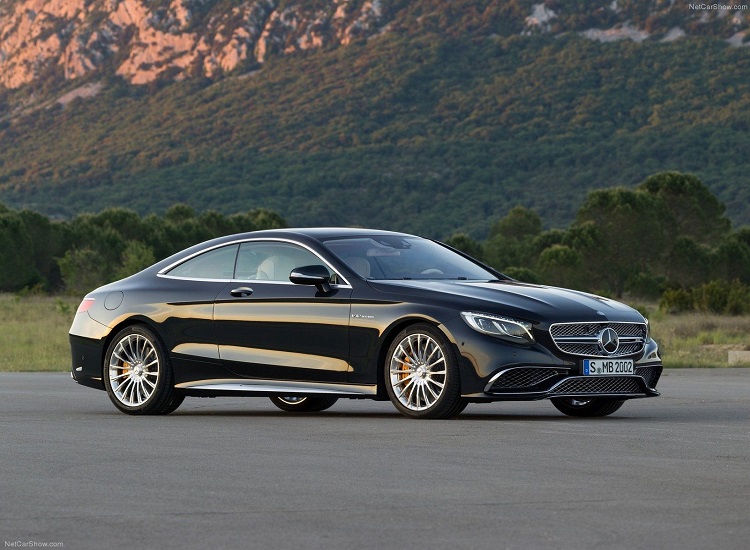 The Stuttgarter said that today they have the world’s largest model range, with a 12-cylinder engine under the hood. The luxury coupe Mercedes-Benz S 65 AMG became the fourth model after the sedan of the same name, the SL 65 AMG roadster, as well as the brutal SUV G 65 AMG.

As expected, the S 65 AMG coupe externally bears a very great resemblance to another modification of the model – S 63 AMG. The differences are only in other bumpers, grille, forged 20-inch wheels and yellow brake calipers. In technical terms, the most powerful coupe fully repeats the Mercedes-Benz S 65 AMG sedan. The power unit is a 6.0-liter gasoline Biturbo V12 engine with 630 horsepower and 1,000 Nm. Docked engine with automatic seven-speed transmission AMG Speedshift Plus 7G-Tronic.
The “charged” coupe received Magic Body Control hydraulic spring suspension, which can adapt to the road surface, as well as a full set of driver assistance and safety systems. Moreover, the company is proud of its new lithium-ion battery, which allowed developers to save more than 20 kilograms.

All these innovations allowed the S 65 AMG coupe to accelerate to “hundreds” in 4.1 seconds, which is 0.2 seconds faster than the sedan of the same name and version S 63 AMG. By tradition, the maximum speed was limited by electronics. For the United States at around 299 km / h, for Europe – 250 km / h. NEDC combined fuel consumption is 11.9 liters / 100 kilometers.
Of the main differences in the cabin, a new three-spoke steering wheel, sports seats, and Nappa leather trim should be highlighted.
In the domestic market, the most powerful coupe Mercedes-Benz S 65 AMG will appear in late September. Dealers have already begun to take orders. The minimum cost of the S 65 AMG Coupe is 244,000 euros. In Russia, the model will appear in the fall, after a presentation at the Moscow Motor Show in August. Recall that for the S 63 AMG compartment today they are asking for 8 million 500 thousand rubles.