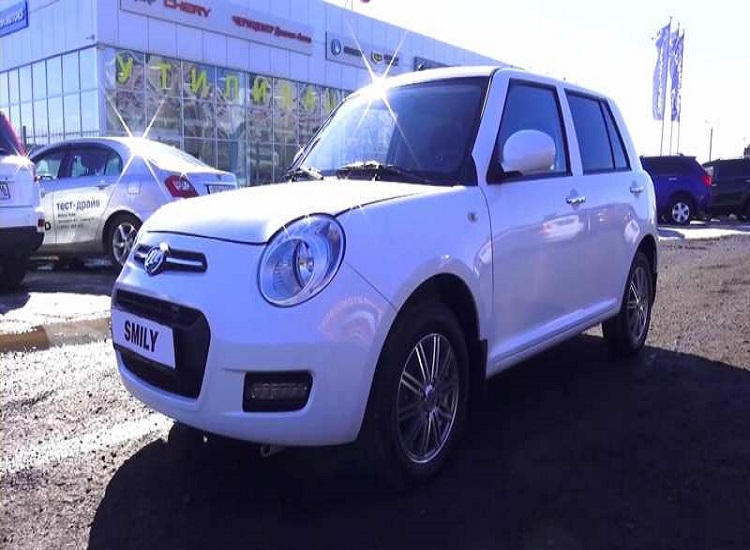 Lifan Smily hatchback, sold in China under the name Lifan 320, was once not the most popular model of the brand in the domestic market. In recent years, sales are only falling. For example, in 2012, a total of 3,853 vehicles were sold, and in 2013, 2,221 cars at all. Therefore, restyling should change things for the better. On the updated in 2013 Lifan Smily, we even managed to ride, and finally, his Russian presentation is coming at the Moscow Motor Show.new-Lifan-smily.

The interior has changed somewhat, and now looks more modern, and maybe even became better. Now the Lifan Smily has a sporty three-spoke steering wheel with a beveled rim, but the smile that the audio display and airflow deflectors formed has disappeared.

In addition, the Chinese said they had worked on the powertrain Lifan Smily. This is a 1.3-liter 90-horsepower engine with 115 Nm of torque, which has become more economical and meets Euro-5 standards. The assembly of the model has been established in Cherkessk, at the Derways plant. On sale the updated Lifan Smily will appear at the end of the year, then the prices will become known. More details will be after the Moscow motor show, where the Lifan brand will present the Solano sedan, X50 crossover, and Smily.